Story of the golf resort

The story of the Black Stork golf resort began in 1984, with the first golfing experience of Ing. Jiři Hruška when he was at a government agreement signing with Ruhrgaz in West Germany. “The document was prepared on a golf course and this was the first time I was involved in this noble game. I fell under it‘s spell! My partner played and I was carrying his clubs”, remembers Jiři Hruška, the president of Lomnica golf club. In an effort to give something to the Tatras he decided to create a golf course in it‘s surroundings. The enthusiasm for the whole project helped overcome many difficult times during it‘s concept and buying the land around Veľká Lomnica. There was some scepticism regarding Jiři Hruška‘s initiative, but importantly he found understanding with a successful co-investor who shared his vision. The courage and belief in success changed the dreams into reality. Golf returned to the Tatras in 1999 with the first practice area. A year later the first 9 holes were opened and four years later the covered driving range was completed. Things progressed so well that during the following six years the 18-hole course was finished, a new hotel was added and a wonderful base for all golf lovers in the Tatras was created. Later came other 9 holes, there are plans for an aqua park and the dreams and visions go even further.

What about the black stork itself that gave the resort it‘s name? The story connected to it goes back to 2003. There were a group of Lomnica club members sitting on the club house veranda at the end of the golf season. They were enjoying the last rays of the autumn sun and one of the relaxing gentlemen had the idea of organizing a senior golf tournament. In an effort to progress the plan, they started thinking of a suitable name for a tournament that would set it apart from the others. From a huge amount of proposals came the Black Stork suggestion. Owing to the nearby marshland area, this rare bird species can often be seen flying over the golf course. During the completion of the course they created the boggy wetland prohibited entry zone area that helps to preserve the habitat of the black stork. Thanks to all these positive circumstances, the black stork became the spirit and welcoming symbol to visitors of the Black Stork resort. All because it didn‘t end up just as an idea for the seniors’ tournament...

Play on a PGA course in the High Tatras
The High Tatra mountain range in central Europe is an extraordinary place: apart from the 25 peaks above 2500m there are unique glacial lakes, protected plants and rare animals. The Black Stork golf resort in Veľká Lomnica has an unrivalled position on the south side, in the protected area of the Tatra National Park. Unspoilt countryside, mountain peaks and fresh air – these are the attributes to enjoy and appreciate on the 120 ha of beautiful scenery. In October 2011 the golf resort was awarded the prestigious PGA brand – a PGA Golf Course and became only the 19th course in the world with this quality mark.

Black Stork Golf Resort
There are 27 holes of golf (3 course combinations), driving range, covered driving range, chipping area, putting green, golf academy and golf simulator; golf school with individual tuition and of course a golf equipment hire shop. Entry to the covered range and practice areas is free of charge. Each of the three 9-hole courses has its own individual characteristics and are magnificent in their own right. They offer resplendent views of the Tatra mountain range: from certain holes on course Vardon only the Belianske Tatras are visible, at others the central Tatra panorama comes into view, but also the low Tatras, Kráľova Hoľa and even Slovak paradise.... Although the golfers are surrounded by mountains, the course itself is relatively flat and as well as wonderful views has many water features and numerous lakes. The first 9 holes stretch above the Skalnatý stream (from Skalnaté pleso), the second rises beyond the stream and the third follows its flow. The quality of the course is accredited to the well known Austrian course designer Hans Erhardt. The driving range is 350m long, has 20 covered tees and can be played from both sides.

Settle back in the Hotel International
The elegant Hotel International**** situated at the heart of the golf course is open all year round. The majestic panorama of the Tatra peaks can be admired from the spacious lobby bar with fireplace, also from the library gallery, the restaurant, summer terrace, from the rooms and even from the pools and wellness centre. Throughout there is a feeling of contentment and well-being: this intimate hotel has just 28 double/twin rooms and one apartment. The outdoor heated pool is a great place to unwind and the wellness centre has an indoor pool with contraflow, jacuzzi, steam, dry and infra saunas, gym and a wide range of massages. The restaurant offers a varied menu even for the most discerning gourmet. The renowned cuisine is well- known and the chef prepares excellent monthly culinary menus using fresh produce and herbs tastefully presented. 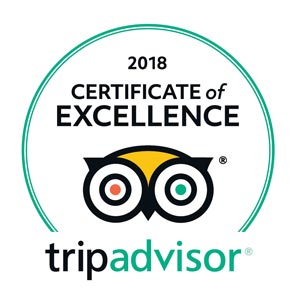